DEN Finland and the Taaleri Tallikiinteistöt fund have entered into a comprehensive cooperation contract. Under the contract, DEN undertakes to supply the Taaleri fund with 20-25 Talliosake halls – approximately 700 individual premises – by the end of 2021 in Finland and Sweden. The companies signed preliminary agreements for approximately half of the total deliveries in September. The fund will take ownership of the first halls later this year.

Talliosake is a real estate company that provides multifunctional premises and investment objects as a part of DEN group in Finland and Sweden. This is the first Talliosake type fund in Finland, for which DEN supplies the premises as well as implements, rents and hosts the completed Taaleri fund objects.

Halls under the ownership of the fund will be built in logistically important locations, mainly in the economic zones around Turku, Tampere and the capital region, and in the economic zone in the greater Stockholm region in Sweden. Approximately two thirds of the premises will be located in Finland and one third in Sweden.

The most important user group for their premises are micro-enterprises. Private individuals seeking work and leisure spaces have also rented some of the properties. The structural shift of the economy has increased the number of micro-enterprises, and newer cost-efficient flats are often built in a way that leaves little space for hobbies or storage.

“This is a significant step for DEN,” says Markus Alitalo. “The Talliosake product has proved successful in a market where small and micro companies in particular need well-connected modern business and production premises as well as increasingly comprehensive services in those premises.” 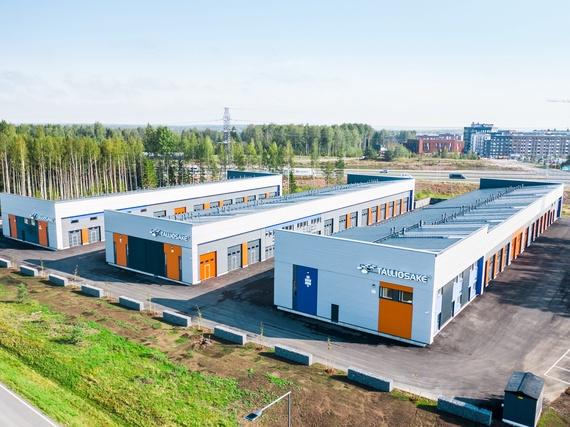 Talliosake provides multifunctional premises and investment objects for entrepreneurs and consumers alike. Among other things, the growth of micro-enterprises, urbanisation, densely populated living areas and an increase in the number of personal items are increasing demand for business premises and private leisure and storage spaces.